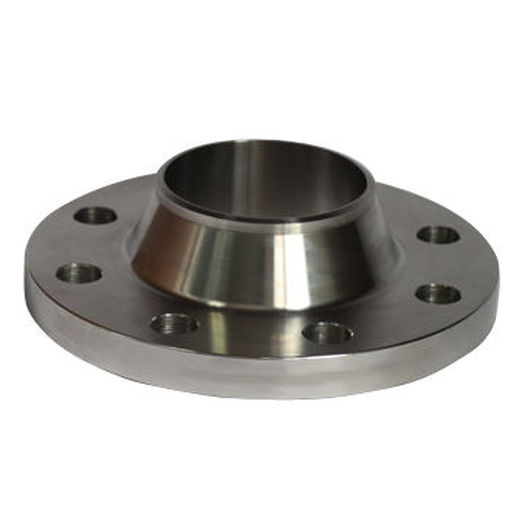 Whole plane sealing is suitable for the occasion of less pressure (PN 1.6 MPa) or less, mainly used for the width of the flange and the low pressure pipeline system, and the suitable sealing gasket contact distribution Yu Falan bolts on both sides of inside and outside the center circle.Corresponding gasket material for cotton nonmetal soft material such as rubber, gasket preloaded pressure is low, flat welding flange and butt welding flange or socket flange are useful to.


Tu (RF) surface is a surface smooth and flat, can also be car system lp waterline.Sealing surface structure is simple, easy to machining, and convenient for anti-corrosion lining.But, this kind of sealing flange gasket contact area is larger, the preloaded gasket easy to pile on both sides, not easy to pressure.So sudden surface sealing surface is mainly used in the narrow face of the flange, namely the gasket contact area is located in long, within the scope of the bolt hole surrounded is tu face seal face coincide with the corresponding gasket diameter flange bolt inscribed circle diameter, can use when installation bolt fixed in the position of gasket in the middle of the flange surface.The most widely used seal face in the flange.Apply to tu face seal face of the flange gasket has various non-metallic flat gaskets, cladding gasket;Metal package cushion: spiral wound gasket (including outer or inner and outer ring), etc.

Grooved surface (TG) sealing surface is composed of tenon and slot, the sealing surface has the advantages of similar to the concave and convex surface of the flange and is superior to the concave and convex seal face.The gasket is located in the ring grooves, restricted by the metal wall on both sides, from the gasket compression deformation and squeezed in the pipeline.Gasket can be narrower, and compression gasket bolt force needed for the smaller accordingly.Even used in the place of high pressure, bolt size is not too big.Therefore, it is above sealing surface is easy to get good sealing effect.Sealing surface defects is made more complex, structure and the change of piled into the tank gasket is difficult.In addition, the groove part is easy to damage, in the process of dismantling or the transportation should be attention.Due to the gasket is not direct contact with the tube fluid, fluid erosion or corrosion, less suffering and mortise sealing surface suitable for flammable, explosive, toxic, medium and high pressure.When the pressure is not big, even if the diameter is larger, can also be well sealed.Grooved face seal face gasket are: apply to all kinds of metal and non-metallic flat gasket, metal package cushion and basic winding gasket, etc.

RTJ mainly use in butt welding neck flange with integral flange, apply pressure range for (6.3 MPa PN 25.0 MPa or less or less).RTJ sealing flange, also belong to the narrow face of the flange, make a ring on the flange of trapezoidal channel as the flange sealing surface, and the surface of the mortise flange, the flange must in axial when install and remove separate flange, therefore, should be considered in the design of the pipeline to separate flange in axial.This kind of special sealing face to with the addition of metallic materials shape is the entity of octagonal or elliptic metal gasket, sealing connection.Due to the metal ring cushion can according to the intrinsic characteristics of various metals.Thus the sealing surface sealing performance is good, don't need to install play is too strict, suitable for high temperature and high pressure condition, but the sealing surface machining precision is higher.